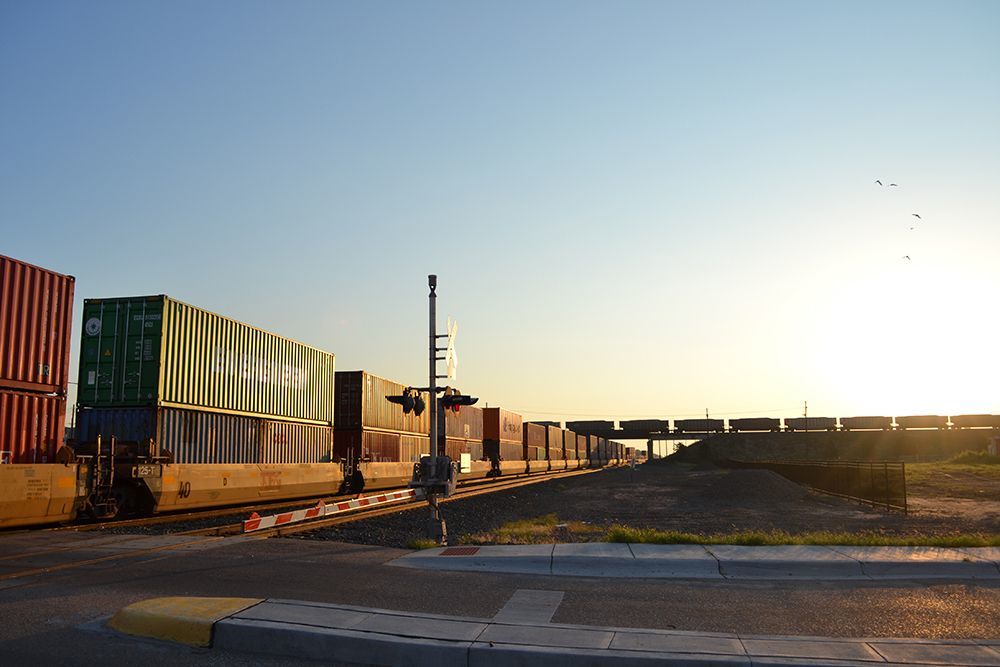 And this draws the interest of railroad enthusiasts from around the world. Many have come to observe and photograph the large number of freight trains — 140+ per 24-hour period — that pass through the city.

Grand Island’s hotspot is known as The Diamond, where the Burlington Northern-Santa Fe flyover crosses the Union Pacific tracks.

The Union Pacific Railroad (UP) cuts through the heart of the city along the original transcontinental mainline. The newest locomotives can be seen here, as well as some old steam including Union Pacific #844.

Burlington Northern-Santa Fe (BNSF) is predominately a coal-hauler heading to the Powder River Basin of Wyoming. Double stacks, unit grain, and manifest trains make up about 25% of the traffic on this line. The Boeing Train runs from Wichita, Kansas, to Seattle, Washington, hauling fuselages.

The city’s 1911 Chicago, Burlington & Quincy Depot remains, known as the Burlington Station. Saved and renovated by the Hall County Historical Society, it now serves as a reception hall and home to the Tri-City Model Railroad Association. The association’s intricate model railroad display depicts Grand Island railroads circa the 1940s and is open to the public every third Tuesday of the month at 7pm.