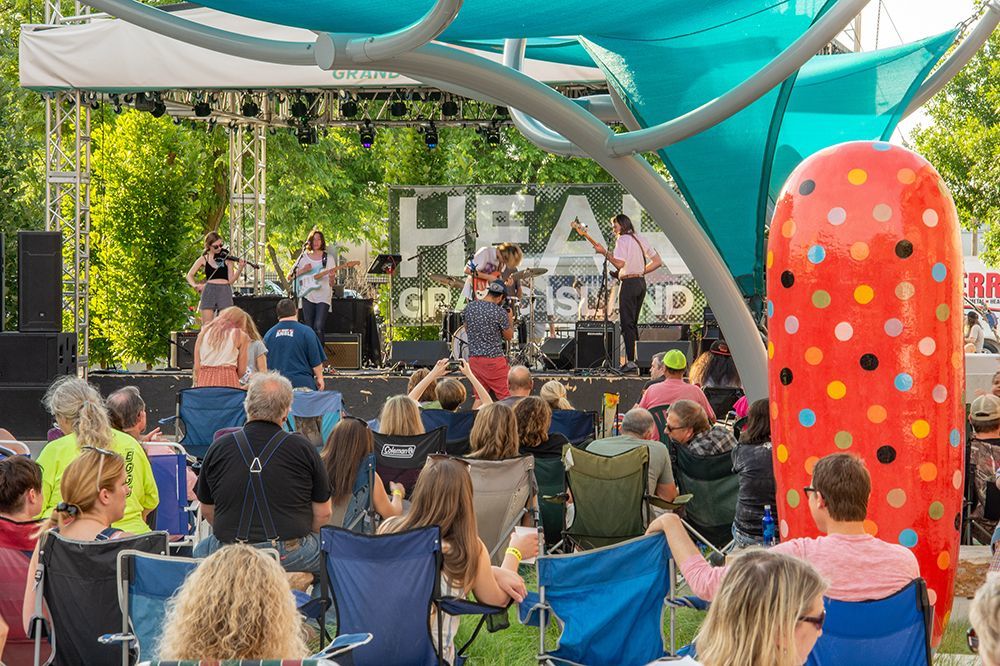 Railside is the heart of the city, where it all began. Grand Island grew up around the Union Pacific rails that anchor downtown. Big steam engines of yore still travel these rails occasionally, stopping for children and train buffs to photograph.

The cultural and visual cornerstone of this historic district is the Grand Theatre. The restored facade is paired with an immaculately well-preserved original 1930s art deco interior. Movies are still shown here Friday, Saturday, and Sunday nights.

Railside is reinventing itself. New lofts are being completed, new businesses are being created, and other businesses are moving into the district or improving on their existing facilities. A renovated Railside Plaza is hosting regular concerts. Two micro-breweries have opened Railside locations in the past year.

As you meander through downtown, be sure to stop in the art galleries and boutiques. Antique stores line Third Street, and locally-owned restaurants serve pizza, burgers and fantastic desserts. Enjoy the ambiance of J Alfred Prufrock’s or The Chocolate Bar with an after-dinner martini. Flavors from south of the border also pepper downtown. Colors burst from the windows of the Azteca Market and Ballroom as well as from shops selling Quincenara dresses.