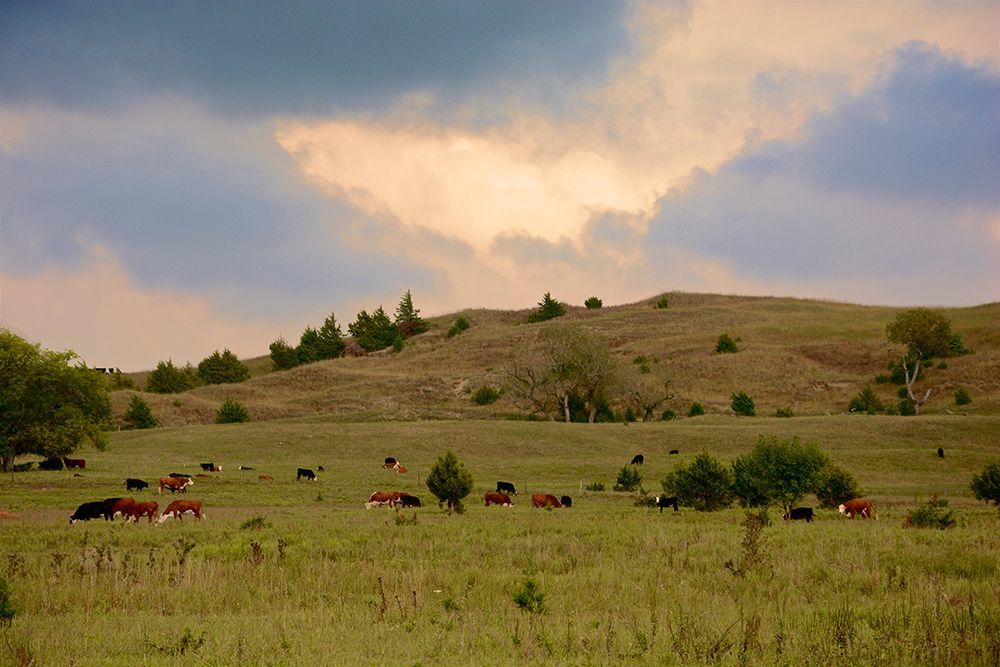 The Nebraska Sandhills are one of a kind.

"Right here in America is one of the world's most threatened natural systems. The Northern Great Plains is as important as the Amazon or Arctic, and deserves our attention." — Martha Kauffman, World Wildlife Fund

The largest area of grass-stabilized sand dunes in the Western Hemisphere, 20,000 square miles or roughly one third of Nebraska. The Nebraska Sandhills represent the largest remaining grassland ecosystem in the USA that is still fully intact for both flora and fauna. Cattle raised in the Sandhills nearly 23 million acres of rangeland and pastureland produce 1 out of every 5 steaks and hamburgers sold in the United States.

While the Sandhills may seem barren and dry, 1,600 lakes offer 80,000 surface acres of water. 2,000 square miles of wetlands cover a total of 1,307,000 acres. And the Ogallala Aquifer, the largest underground aquifer in the United States, makes up 76% of the High Plains Aquifer System. 90% of annual stream flow in the Sandhills’ rivers originates from spring-fed groundwater. “The Loup River System, consisting of the North, Middle and South Loup and Dismal Rivers, exhibit a remarkable uniformity in flow and is the most constant flowing river system in the world,” according to Jim Goeke, University of Nebraska Conservation and Survey Division.

The western portion of the Sandhills is noted as one of the top two areas in the nation with the least amount of light pollution, which makes it an extraordinary region for stargazing.

"I maintain that any days you spend in the Sandhills are not taken off your lifetime allottment. It's so restful that God just gives them to you free." — Roger Welsch